My appointment was for the fourth of July. Very fitting as it is mine and Hubby’s six year anniversary. The clinic instructed us to arrive 45 minutes early. I woke up super early (who can sleep??) did some dishes, swept the floor, fed the chickens and rabbits and took a dogs for a 20 minute walk in the woods. I was feeling great just a little uncomfortable in my ovaries.

We arrived on time a 8:30 am for our 9:15 appointment. They called me back shortly after. The nurse showed me to my “room” which was a curtained off section of the large room. She had me fully undress, except for a sports bra. The day previous they had called me with instructions not to wear a bra with underwire, also to remove all jewelry and not to eat or drink after midnight.  They gave me two gowns, and some hospital socks. The first gown goes on normally then the second gown goes over like a robe (so your butt doesn’t show when you walk around. After I changed the nurse directed me to empty my bladder, and then I was weighed. I was surprised that I did not gain any weight at all! (even if you do gain weight it’s likely just water weight). She stuck some monitoring stickers on me & I went back to the little room.

They had me sign a consent form for a research trial I agreed to be a part of. For my embryos they will check once to see if they fertilized, then will not be disturbed until day 5. I didn’t realize I won’t get daily updates like other people do, which kind of sucks, but what they’re trying to prove is embryos may grow better with less disruptions.

Next the anesthesiologist came in. He was very nice and gentle spoken. He went through a medical history and let me know what to expect. I signed the consent to treatment. I requested he avoid my left inner elbow vein where I had blood drawn yesterday which was very sore. He said that was fine and used a vein right next to it that I didn’t even know was there! First he wiped with alcohol, then uses some local anesthesia, which was slightly uncomfortable. He then put the IV in which I didn’t feel at all. As he was taping the IV on I started to cry. I was so nervous about having anesthesia. I knew everything was going to be fine and a quick procedure but  I was afraid that I would have some sort of emergency reaction. The anesthesiologist asked how I was doing and I told him I was very nervous, the nurse came in and sat on the bed with me and talked me through it saying many nice things to comfort me, She said it was totally normal to feel nervous. It helped. She let me know that the medication will probably burn going in but just to think of my favorite place and breathe.

The doctor came in and introduced himself. He told a cheesy joke and I laughed a little. We were ready to go. A different nurse walked me into the operatory. There was a bed similar to the histeroscopy they had me lay on it with my legs on the leg rests. Very soon after they started the medication and I felt the burning in my arm. I cried softly again and the nurse was there to comfort me. It was a very short time before I felt relaxed/asleep. Then in what felt like no time I was awake in the same room. I felt like I had woken up from a nap. I felt crampy but nothing more than period pain.  Hubby was there which made me feel better. They had me lay there/ sit there for probably 20 minutes. They checked my blood pressure a few times to make sure it was coming back up to normal. After a while they removed my IV.

The nurse told me they retrieved 22 eggs! They say an average number is around 8, so 22 is excellent. I’ll find out tomorrow between 1-4 pm how many were mature, and how many actually fertilized. I chose to have half fertilized with ICSI and half traditional IVF. I had some reservations about using ICSI as we do not have any male factor infertility. Our doctor recommends ICSI for basically everyone, since we have “unexplained” infertility she warned us that occasionally there will be no fertilization when traditional IVF is used, that could be the reason why we cannot get pregnant naturally. Time will tell. 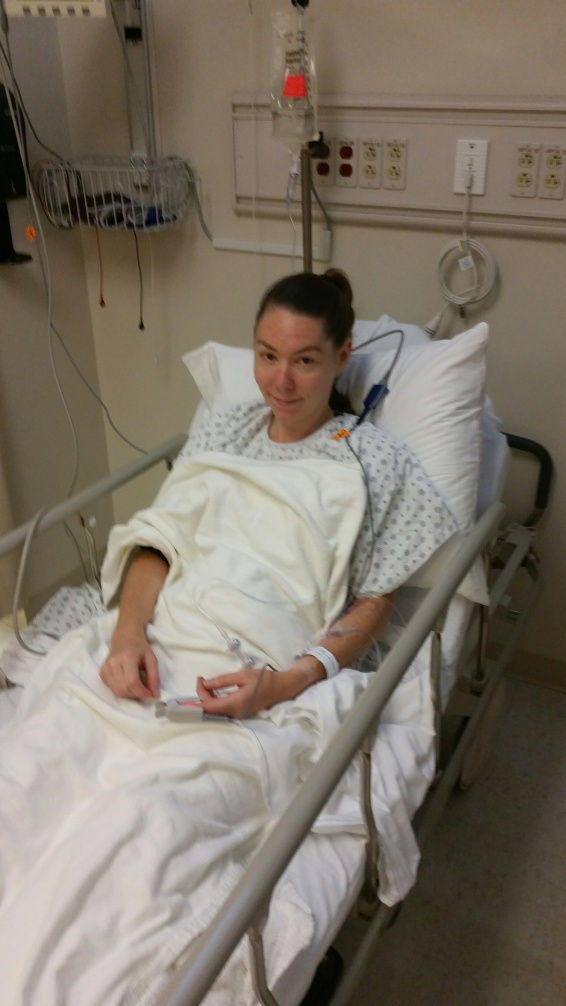 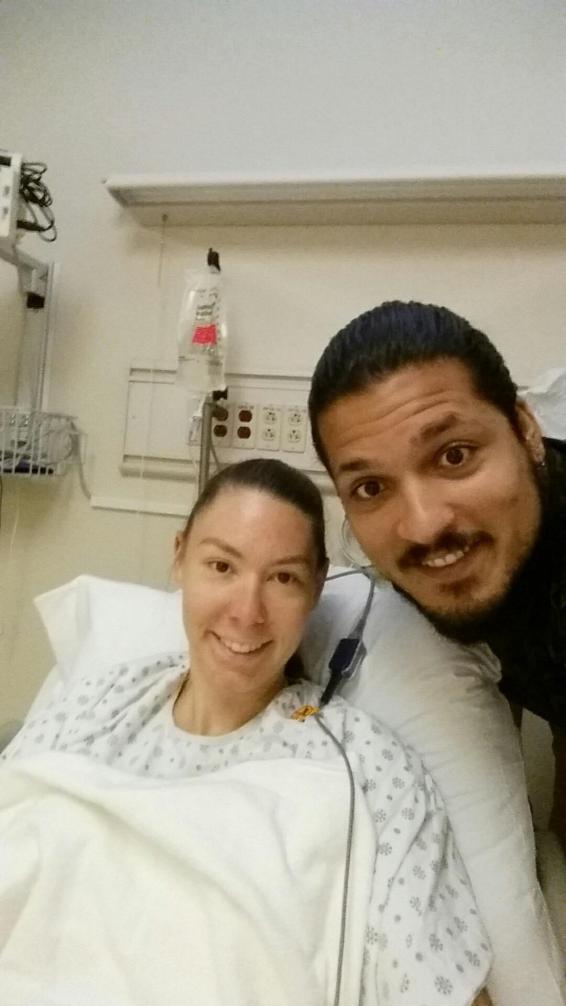 I had to use a lupron trigger since I had so many follicles the doctors were concerned I could develop OHSS. They said since I used lupron I shouldn’t have to worry about having OHSS. I’ve been loading up on coconut water through out my stim cycle after they said my hormones were too high for a fresh transfer and I was at risk. I bought some high salt snacks for after the procedure because I read it helps prevent OHSS and I was excited to finally have some junk food. I’ve eaten so incredibly healthy the past month, no cheats at all. I even gave up (decaf) coffee for the last 2 weeks!! Now that I’m having a freeze all cycle I can relax a little before my FET starts 🙂

The nurse wheeled me out to the car in a wheel chair, we drove home and I was able to walk just fine afterwards. I laid in bed for a few hours watching TV, ate some salty snacks, took a nap. I was even able to go out to eat (gluten-free pizza!!) for dinner. I have taken some acetaminophen and ibuprofen to dull any cramps/pain. I feel some slight pain in my right ovary and a dull ache when I walk, some bloating (or is it a food baby?)

Overall the procedure was pretty easy although nerve-wracking, post-op seems like it is going well and I expect to be back at 100% in a day or 2.

I’m very excited to find out how many snowbabies were going to get!!